The state of legalized cannabis in California 2017

Adult Use of Marijuana Act

Since passage of the “Adult Use of Marijuana Act (AUMA)” (California Proposition 64) during the general election on November 8, 2016, it has been legal for any adult age 21 or older to possess and consume marijuana and cannabis products in the state of California. So how is this playing out in everyday reality for recreational pot consumers nearly a year later?

Impact and implementation of Proposition 64

How the Adult Use of Marijuana Act has been implemented in 2017 depends on large part where in the state of California you live. Authorities in populous urban areas like greater Los Angeles and San Francisco appear to have embraced the new legal status quickly and wholeheartedly, as they turn a blind eye and cold shoulder to open marijuana smoking in public places – including areas where consumption or smoking in general may not be technically permitted. Public sidewalks and parks, outdoor concerts, and the beach are all places a casual visitor will notice the piney, skunky aroma of a sweet burning marijuana leaf wafting through the air of urban areas in the Golden State.

The unmistakable clouds of ganja smoke are virtually ubiquitous and nearly impossible to miss in certain neighborhoods and urban public spaces in both northern and southern California cities. However, there are pockets of resistance to otherwise overwhelming support and tolerance for cannabis in San Francisco and other urban areas as well.

Cannabis consumption since enactment of the AUMA

However, less central core, suburban, and exurban areas like Orange County in southern California and Sacramento or San Jose in northern California, open consumption of marijuana in public and shared spaces cannot be taken for granted without consideration of the impact on the immediate environment. Enforcement authorities may feel obligated to intervene and under some circumstances issue a citation for public consumption of cannabis when children are present or complaints from citizens have been received. It is advisable to consult with 420-friendly local residents about the finer points of where public weed smoking is accepted, tolerated, or frowned upon.

A further example of resistance to marijuana liberalization comes from the Chinese immigrant and Chinese-American communities. There may be historical reasons for the antipathy toward recreational drugs among culturally Chinese residents, and municipal policymakers are likely to place some restrictions on cannabis purveyors and open consumption in traditionally Chinese neighborhoods in urban areas.

Distinction between medical and recreational marijuana in 2017

Because it has been legal for adults to possess and consume cannabis products since November 8, 2017, but there will not be a legal framework in place for buying and selling ganja until 2018, a curious legal limbo is in effect for recreational users until California authorities and policymakers roll out a commercial regime for recreational cannabis businesses to sell to all adult users by the target date of January 1, 2018. Until then, any adult can legally possess and consume pot, but only people with an officially issued California medical ID card can legally purchase marijuana in the state.

Until publication of new guidelines in 2017, the new Prop 64 rules have been quasi superimposed onto medical cannabis legalization in California, which has been in place since 1996 with passage of Proposition 215 – also known as the Compassionate Use Act of 1996. Under the Prop 216 marijuana commerce regime, patients must first obtain an official recommendation from a board certified physician. Adults with a doctor recommendation and accompanying documentation, such as a physician-issued cannabis patient ID card, can then legally purchase marijuana and other cannabis products from dispensaries that are granted operating licenses from the municipality in which they are located. Although many dispensaries refuse to sell to non-resident patients with an official doctor’s recommendation – they require proof of California residency to protect themselves from federal authorities – selling only to state residents is not a requirement of the Prop 215 law.

The passage of both Prop 215 in 1996 and later Prop 64 in 2016 has resulted is two legally recognized statuses for cannabis acquisition and possession, depending on whether the consumer has received an official doctor’s recommendation or not. One of the big legal questions to be resolved is the future role of medical marijuana dispensaries under the new legal prescriptions of Prop 64, as defined by cannabis regulatory authorities. Will medical dispensaries be permitted to sell weed to adults over 21 years of age alongside medical marijuana patients, or will there be two types of shops with each catering to a different retail audience: current medi-pot patients served by existing dispensaries on one hand and recreational ganja users, including out-of-state and international marijuana tourists on the other.


There are surely plenty of enterprising entrepreneurs waiting in the wings for precise answers to these questions: Who can sell pot? Who can buy pot? Where can it be sold? Where can it be consumed? The target date for rollout of commercial weed guidelines is being anxiously awaited by millions of Californians who want cannabis for both medical and recreational purposes.

Buying and selling medical marijuana in rural, suburban, and exurban areas in California

Though it has been legal for adults to possess and consume – or even share cannabis with other adults – since November 8, 2016 without fear of law enforcement repercussions, outlying urban California areas like Orange County, which includes Irvine, Anaheim, Huntington Beach, Newport Beach, Laguna Beach, Santa Ana, Fullerton, and Yorba Linda as well as rural and traditionally agricultural areas like the Central Valley, have placed restrictions on where and how legal users can obtain and consume cannabis within their respective jurisdictions.

For example, the medical marijuana market in the Los Angeles suburban area of Orange County is served primarily by MMJ delivery service companies. The reason for this is because Orange County municipalities such as Fullerton, Costa Mesa, and Irvine – led by anti-cannabis crusading city of Anaheim – have implemented a virtual crack down on buying and selling marijuana products at traditional brick and mortar retail locations. At the moment, only the community of Santa Ana has provided legal provisions for lawfully owned and registered cannabis dispensaries to operate brick and mortar cannabis shop store fronts – however the number shops permitted by the Orange County’s most populous city is currently capped at 20 locations.

In an ironic twist of fate, the city of Laguna Woods, which was the first municipality in Orange County to draw up and pass legal operating provisions for medical cannabis dispensaries and consumers within the city limits over 20 years ago – the city has now completed an about face in marijuana business policy, as the city council recently passed an outright ban on buying and selling marijuana products at brick and mortar retail locations in the city of Laguna Woods, citing insufficient police enforcement and a lack of budget to hire additional enforcement and public safety officers.

Consequently, the easiest and most convenient way to obtain legal cannabis products if you live or work in one of the more conservative exurbs of Orange County that restrict brick and mortar access, or in less populated rural areas, is to rely on medical marijuana home delivery service. Southern California exurbs like Orange County as well as northern California municipal areas like San Jose and Sacramento are particularly well suited to MMJ delivery services due to their high percentage of residential areas and lack of urban commercial density – not to mention more conservative city councils and county boards of supervisors when compared to cities like San Francisco and Los Angeles.

Status of medical and recreational cannabis commerce in California in 2018

Unanswered questions remain regarding the status of medical marijuana delivery providers and dispensaries after the new Prop 64 rules for recreational marijuana consumption are issued by authorities in January 2018. Will medicinal cannabis delivery operations continue without interruption? Will MMJ dispensaries exist parallel to recreational ganja shops – each serving different customers based on their residency status and whether they have a medi-pot card? Will two separate systems co-exist: one under the Prop 215 medical pot regime and one under the Prop 64 recreational weed regime? Or will existing dispensaries be compelled to create separate areas for customers, depending on their status as medical or recreational users?
Or will the doors to legal cannabis be flung open for all adults over 21 years of age who wish to partake of legal, regulated, high-quality marijuana products, including bud flowers, edible treats, drop tinctures, wax and pollen for dab consumption as well as oil and solvent based vaporizers? For many cannabis users, California is the verge of a reality scarcely dreamed of during the dark, draconian days of the “war on drugs” which costs so much in terms of harm to peaceful, productive members of society.

The answers to these questions remain to be seen, but in any case, it won’t be long now as cannabis regulatory authorities scramble to meet the January 2018 deadline for issuing commercial guidelines.

Paul Barras is a freelance writer based in Orange County, California. He’s an advocate for the repeal of marijuana prohibition and enjoys writing about the cultural history of cannabis. When he’s not writing, he’s usually taking long walks on the beach with his dog. 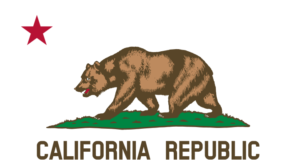 American-Indian Tribes Are Getting Into the Pot Business 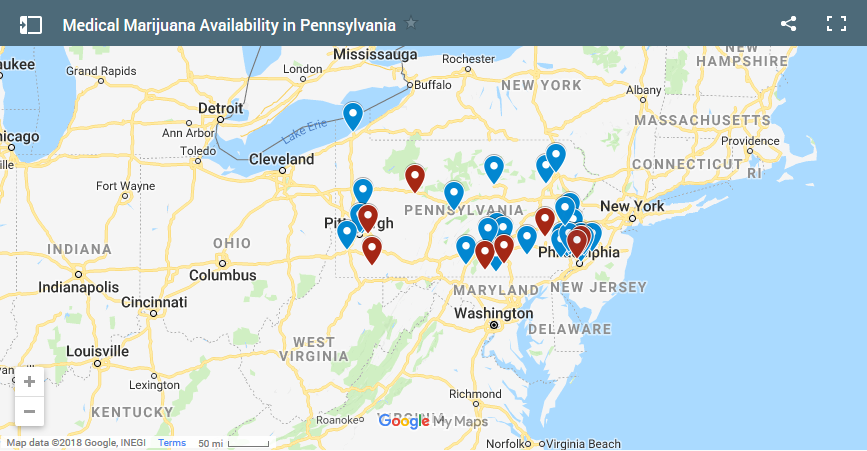