In 2014, Colorado became the first state in the US to legalize the purchase of marijuana. Legalizing the purchase of marijuana, however, is a far cry from actually creating the necessarily laws, guidelines and restrictions that allow buyers of marijuana to actually consume the product they just purchased. As other states are slowly following suit, they too are coming up against the hard realities of how to appropriately deal with the consumption of the product that consumers can now legally purchase.
Unlike alcohol, which can be quietly consumed by an individual without causing any inconvenience to those in their general vicinity, marijuana is generally smoked, which can cause issues with anyone in the surrounding area. In addition, many of the same states that just fought to instate public smoking bans are now hesitant to lift them for marijuana smokers. So while, purchasing marijuana is legal, smoking it in many states is is problematic.
Nevada is just one more on a long line of states to have to wrestle with this complex issue. Last November, Nevada become one of four states that has approved the sale of recreational marijuana, and is now home to about two dozen retail recreational marijuana stores. What it does not have, however, is a single bar, restaurant, hotel or nightclub where patrons can safely and legally consume their newly legalized product.
While citizens of Nevada are free to smoke in their own homes, this presents a serious problem for tourists wanting to take advantage of these new laws. While this does not create as big of a problem in Denver, with its smaller tourist industry, this is particularly problematic in cities like Las Vegas that are already premier tourist destinations.

In fact, because of the already booming tourist industry that Nevada enjoys, it is expected to become one of the nation’s largest tourist destinations for cannabis consumers. One owner of a dispensary located right in the heart of the Vegas Strip claimed that tourists already account for approximately 70 – 80% of his business. The problem is, however, they are legally prohibited from smoking in his store, in any public place or even in the privacy of their own hotel. So once they buy it, where are they supposed to smoke it? In addition, since they can’t travel with it, they also can’t take it with them.
At the moment, the consumption of marijuana in public in Nevada is a misdemeanor that carries with it a hefty $600 fine. According to the legal language of the initiative, a “public place” is defined as “an area to which the public is invited or in which the public is permitted regardless of age.” In addition, it is also illegal to consume marijuana even within the confines of the store in which it was purchased. This means that even though businesses that sell cannabis must by law exclude anyone under the age of 21, they still can’t allow consumers to consume the product on the premises.
While private citizens and budding entrepreneurs may choose to interpret the language of the law one way, it turns out that what really matters is how police interpret the law. At the moment, both Denver and Las Vegas police departments seem to apply a very strict interpretation to the law, which has thus far frustrated club owners that would like to provide a place for tourists to enjoy their products.
The other potential solution to this would be parked limousine or busses. Again, the legal language prohibit the use of cannabinoids in “moving vehicles” but says nothing about parked cars. Again, however, what it really boils down to is not how individuals interpret the law, but how police do. While owners and operators of bus and limo services might offer their busses and limos for cannabis consumption, they can do little about police who choose to put a stop to the party.
The particular piece of legislation in question, however, does authorize legislators to amend the act to actually provide the ways and means by which store owners may permit the consumption of marijuana within their stores. That is to say that the language exists for there to one day be provisions for store owners – and possibly others – to provide smoking lounges or other places to consume their products, but the ways and means have simply not yet been decided upon or enacted. Last spring, State Sen. Tick Segerblom (D-Las Vegas) did attempt to get that ball rolling by introducing a bill that would allow the government to license businesses for cannabis consumption was quashed before it got to an Assembly vote.

When interviewed legislators admitted that they knew the original legislation would have been defeated if it included a public consumption clause. While they understand the conundrum of legalizing the purchase of a product in a heavy tourist state that cannot be legally consumed by tourists, they felt it was a better course of action to get the original legislation passed, then worry about how to fix the conundrum. The hope is that as more and more voters become more comfortable with the idea of individuals legally consuming cannabis in their towns and cities, they will be more amenable to voting on legislation to help them do this more readily. In the meantime, however, what can be bought in Las Vegas  still can’t be consumed in Vegas. 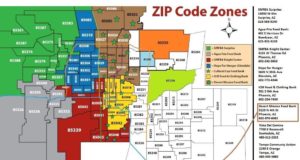