Medical marijuana is continuously a hot topic for debate, yet much of the general public remain unaware as to the extent to which medical marijuana is being studied and found to be effective for the people who rely on it to treat various health and mental health conditions. Marijuana is the most commonly-used drug in America, not just for recreational purposes but for its healing properties. (source – Medical Marijuana Statistics 2016-2017)

According to multiple studies conducted in the 2010’s, the public approval rating for legalized medical marijuana usage has been about 77 percent since 2011.

In a 2012 study conducted within the state of California, it was found that 92 percent of 7,525 adult patients who use medical marijuana claim that it works for them. The study shows that medical marijuana is not, in fact, being overused by adults who do not need it for health purposes. The study indicated that many of the individuals who use marijuana have not received other successful medical treatment.

As of 2016, there are only 28 states (including Washington, D.C.) that approve of legalized dispensary medical marijuana. The first to legalize it was California in 1996, and the most recent is New York. Approved ailments vary by state, but the most common approved ailments for which medical marijuana can be used are glaucoma and terminal cancers. Possession limits and cultivation rules also vary by state.

THC and CBD are both cannaboids extracted from marijuana plants that can be used to treat medical issues. However, only THC is FDA-approved. CBD is the only cannaboid that is non-psychoactive. While THC is used to reduce appetite and nausea, CBD can decrease inflammation, help control epileptic seizures, and even lessen the impact of various mental illnesses. Scientists are working to determine how well CBD can help treat auto-immune disorders (such as Hashimoto’s disease and Lupus), substance abuse, seizures, and mental health conditions.
Unfortunately for many who would benefit from the use of CBD oil, in 2016, the U.S. Drug Enforcement Administration considers extracting CBD oil from hemp to be a federal crime.

Worldwide, it is estimated that about 76 percent of doctors approve of the legalized use of medical marijuana for treating patients. The major reason that some doctors do not prescribe medical marijuana is that they cite a lack of evidence for its ability to heal ailments better than modern mainstream medicine. They also express worry over where the marijuana is coming from and whether there might side-effects from dosages. However, global research endeavors seem to have convinced over 1,400 doctors from 72 countries and 56 provinces and states in America that medical marijuana has its health benefits and should be within a doctor’s ability to prescribe for patients in need.

Overall, recent studies indicate that medical marijuana has some positive effects in treating various physical and mental health issues. Patients suffering from terminal cancers, glaucoma, auto-immune disorders, addictive behaviors, depression, seizures, and other disorders and diseases have shown positive responses to medical marijuana treatment, and more doctors worldwide are embracing medical marijuana as a helpful means of treating otherwise difficult-to-treat ailments like Cerebral Palsy and other types of neurodegenerative diseases. Many medical professionals are joining in the fight to legalize medical marijuana despite heavy governmental regulations. 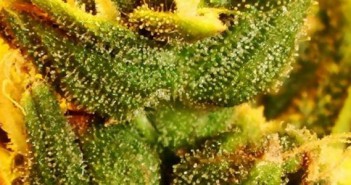